Suitable for anybody who enjoys a deep massage, not just for athletes.

Valued by both athletes and people who don’t play sport but feel aches and pains due to work related activities such as sitting at a computer for many hours at a time.

Soft Tissue techniques are incorporated such as Soft Tissue Release (STR) Neuromuscular Technique (NMT) and Muscle Energy Technique (MET).  Even though sports massage and remedial massage are separate techniques they are commonly combined during a massage treatment for the desired outcome.

Massage can sometimes be uncomfortable, but is applied in a way that you will instinctively know is beneficial – you may be tender or stiff for  1 or 2 days after the sports massage but you will feel great!

There are many benefits from sports massage, both psychological (to the mind) and physiological (to the body) which have been reported based on experience and observation. 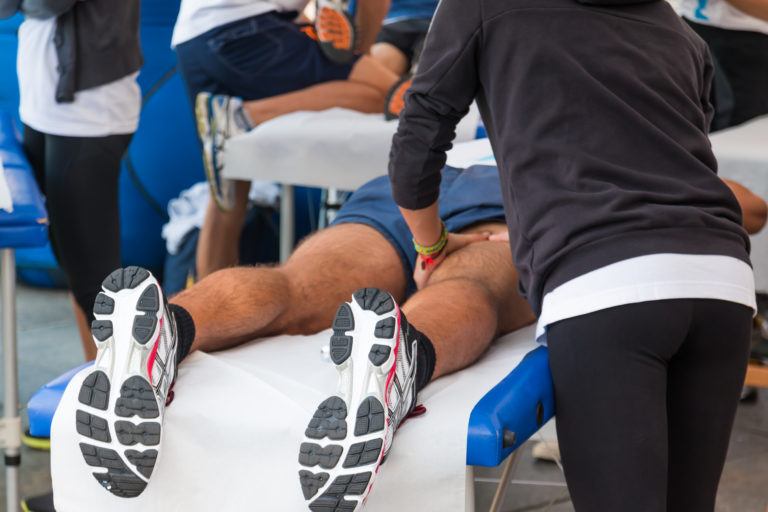 The recommended time for the first appointment is a minimum of 45 minutes (preferably 60 minutes) as this will include consultation and assessment.

Recommended for your first appointment

Sara is a very competitive netball player and umpire competing in many local leagues and at regional standardfor a Loughborough based team. She is also an ex-competitive swimmer and competed at county level for Derbyshire so fully understands the aches and pains the body is put through for sport.

“I enjoy adjusting a massage treatment using different techniques and knowledge from sport and my studies to suit the individual. Everyone deserves quality treatment and I endeavour to achieve this so that the client is happy with the therapy provided.”

Sara regularly volunteers to massage at sporting events, including, The London 2012 Olympics, Glasgow 2014 Commonwealth Games, the IAAF Athletics London 2017 and numerous swimming events over the years! 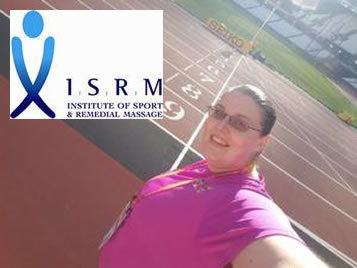 Marcus is based at our Long Eaton and West Bridgford clinics.

He has an excellent sporting background as a nationally ranked Judo player, a discipline in which he has attained the rank of competitive black belt 3rd dan. His involvement in the sport taught him the importance of massage to aid injury prevention, as well as its benefits as an effective aid to performance and rehabilitation.

Between 2008 and 2011, Marcus was employed by Notts County Football Club as Head Sports Therapist and was a member of the first team staff during Notts’ League Two Championship winning 2009-10 season. His time managing the individual requirements of a squad of players through highly demanding football seasons gave him an insight into the psyche of professional sportspeople, as well as teaching him the importance of tailoring treatment to an individual’s needs.

Having worked at high profile events in the entertainment industry, Marcus is experienced at dealing with clients of all levels and needs. Performers have to be able to cope with the aches and pains of repetitive performance and relentless travel, and Marcus has worked with artists ranging from Iron Maiden and WWE Wrestling to Girls Aloud and the cast of ‘Chicago’!

Now working in private practice, Marcus gains a great deal of enjoyment from using his knowledge and skills to help other people, whether that’s by assisting their performance in competitive sport or helping them to cope with the stresses and strains of modern day life.

I’m not sporty, can I still have a sports / remedial massage?

Sports massage is so-called simply because it is a style of massage popular with sports people. Whether you’re an Olympian, casual gym user, desk bound office worker or stay at home mum, you deserve the same quality treatment tailored to your needs. This being sports massage, remedial massage or a combination of the two.

What conditions do your massage therapists treat?

Its OK to have a massage with the following complaints

If you are unsure as to whether you should see a masseur / physio then please ask when you book your appointment.

Are men better than women at sports massage?

With the correct training it makes no difference whatsoever. The correct use of bodyweight allows the same correct pressure to be applied by either a male or female.

What do I wear for a sports massage?

The therapist will need access to the required body part. So it is recommended you wear clothing that is easily removed or repositioned. Many clients feel comfortable in their underwear however modesty is maintained at all times by using towels to cover the body. They are only removed to allow access to the area of the body that is being worked on. Body parts such as the gluts are worked on through clothing/towelling for clients comfort and is just as effective.

Females are asked to wear a back fastening bra so that the upper back and shoulders are easily accessed, sports bras can be awkward in this situation. Long or tight shorts are often restrictive so are not ideal as access to the hamstrings/adductor attachments can be difficult.
It is imperative you feel comfortable at all times whether you are suitably undressed or fully clothed.

Sometimes sports massage can be a little uncomfortable, but it is only ever a ‘good’ pain – you will instinctively know is doing good. Please remember that you are always in charge so if you’re uncomfortable in anyway please say so and a different approach will be taken

If you want lighter pressure please say, the aim is for you to feel happy with the treatment you are receiving.

It is not unusual to feel a little post massage soreness for a day or two after a deep tissue massage, this is usual. Common post massage advice includes warming the area with a hot bath or a hot water bottle, drinking LOTS of water and gentle but progressive stretching.

If you are worried in any way about being sore, or have an important event in the next day or two, please do communicate this, it is not a problem to work around.

I am allergic to many massage oils, can I bring my own?

YES however a hypoallergenic lotion is used such as Chemodol.

Chemodol is quite suitable for every kind of skin and easily removable with water. It has a high oil content and excellent absorption properties, thus permitting optimal skin contact. It has a neutral fragrance and does not stain clothing.

If you are worried in any way about being sore, or have an important event in the next day or two, please do communicate this, it is not a problem to work around.

I have used their services for physio, accupunture & sports massage and can highly recommend Impact & their team.

Professional and friendly service. Physio massage was a great help and advise given on what exercises to do at home.

Sign up to our newsletter for Special offers and news.