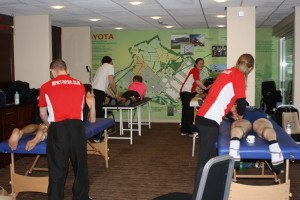 Book yourself a sports massage during our Charity Massage Month (18 April – 13 May) at our Long Eaton clinic.

Two University of Nottingham Sport Rehabilitation students are joining us on
placement and will be undertaking sports massage treatments as part of their placement learning experience. There is no fixed price for the massage just a request for a donation in aid of Cardiac Risk in the Young (CRY).
Contact us on 0115 972 1319 or enquiries@impactphysio.co.uk to  make a booking. 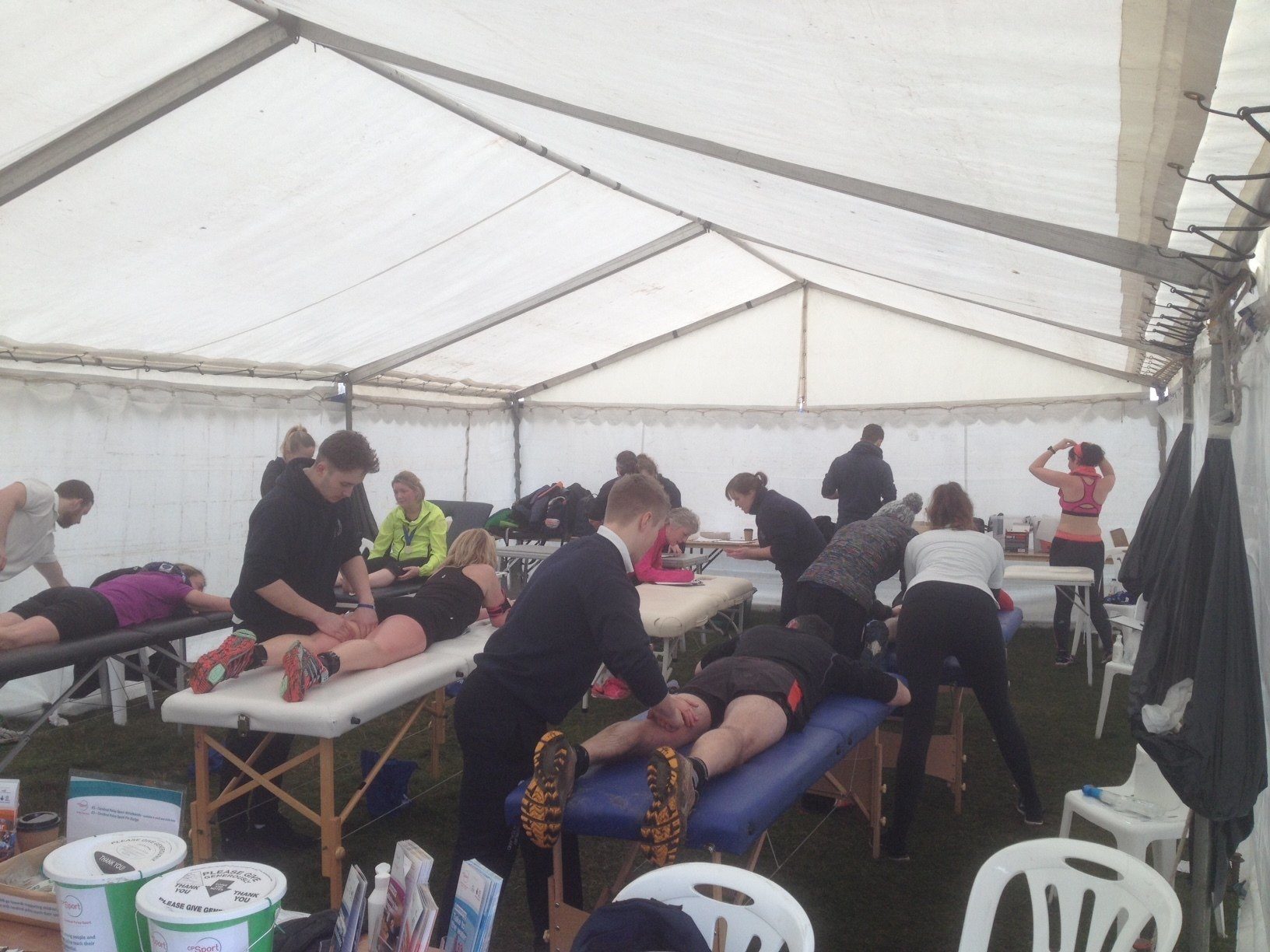 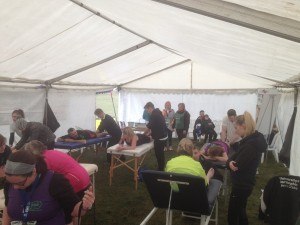 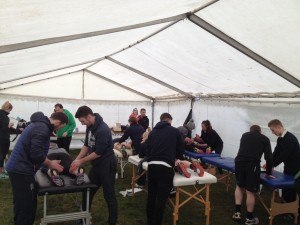 A great day at the Rushcliffe 10k – pre & post race massage. Over 700 runners, we think we met a good deal of you!

Supported again by the fantastic students at The University of Nottingham. Thanks to all your kind donations, we added to the funds of the race charity Cerebral Palsy Sport.

If you need any physio then use your 20% discount off your physio assessment and 10% off follow up treatments before Easter. Just book a session and mention you ran in this years event, then bring your shiny medal to show off and confirm your discount. 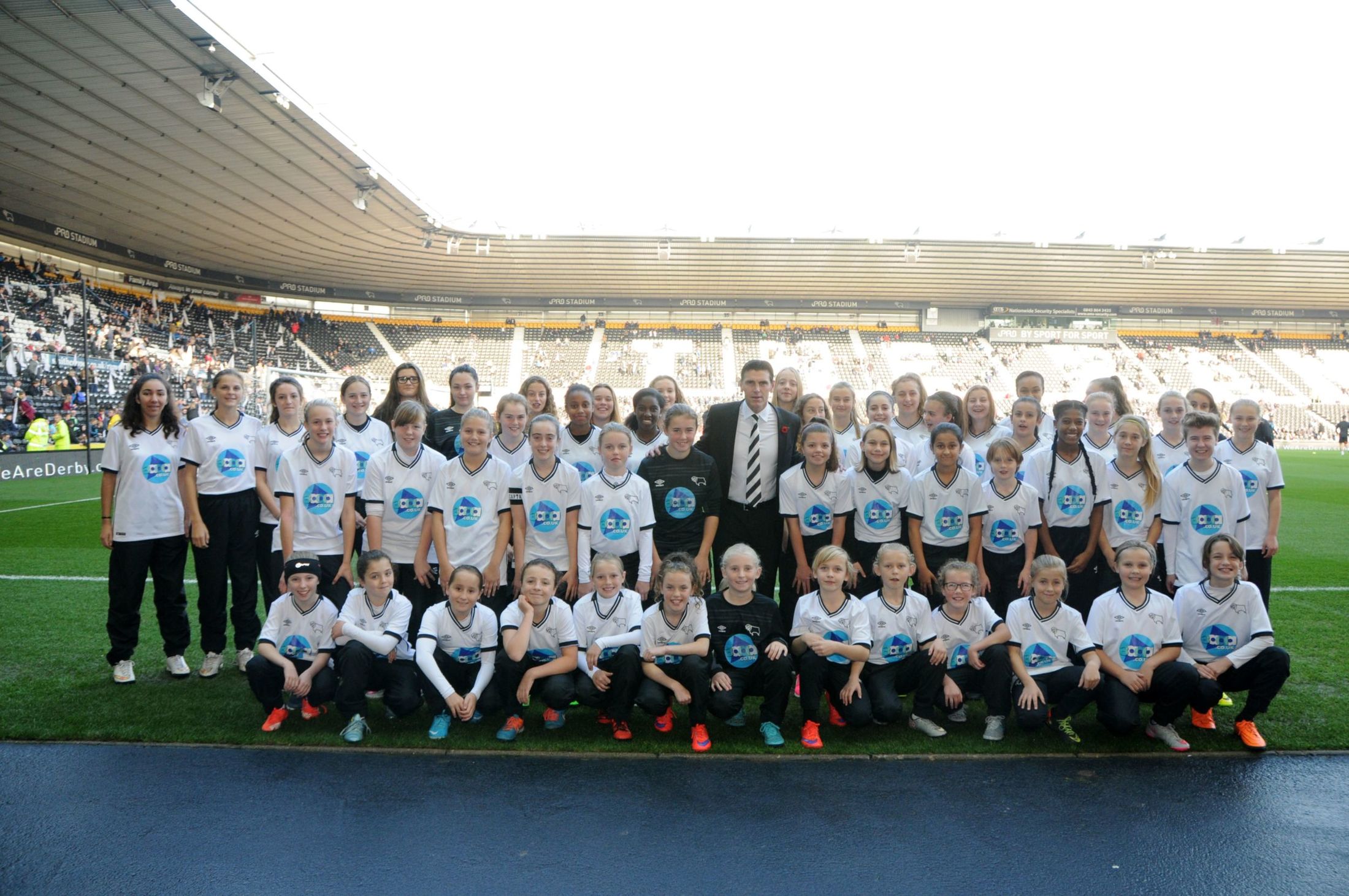 We are delighted to announce that Impact Physio is sponsoring Maddie Royer from the U11 age group.  Maddie has been playing for Derby County Centre of Excellence for two seasons. Maddie started playing football at school and then played with her friends at Pride Park Juniors U9’s before signing with Derby.

We wish Maddie and her team mates a healthy successful season. 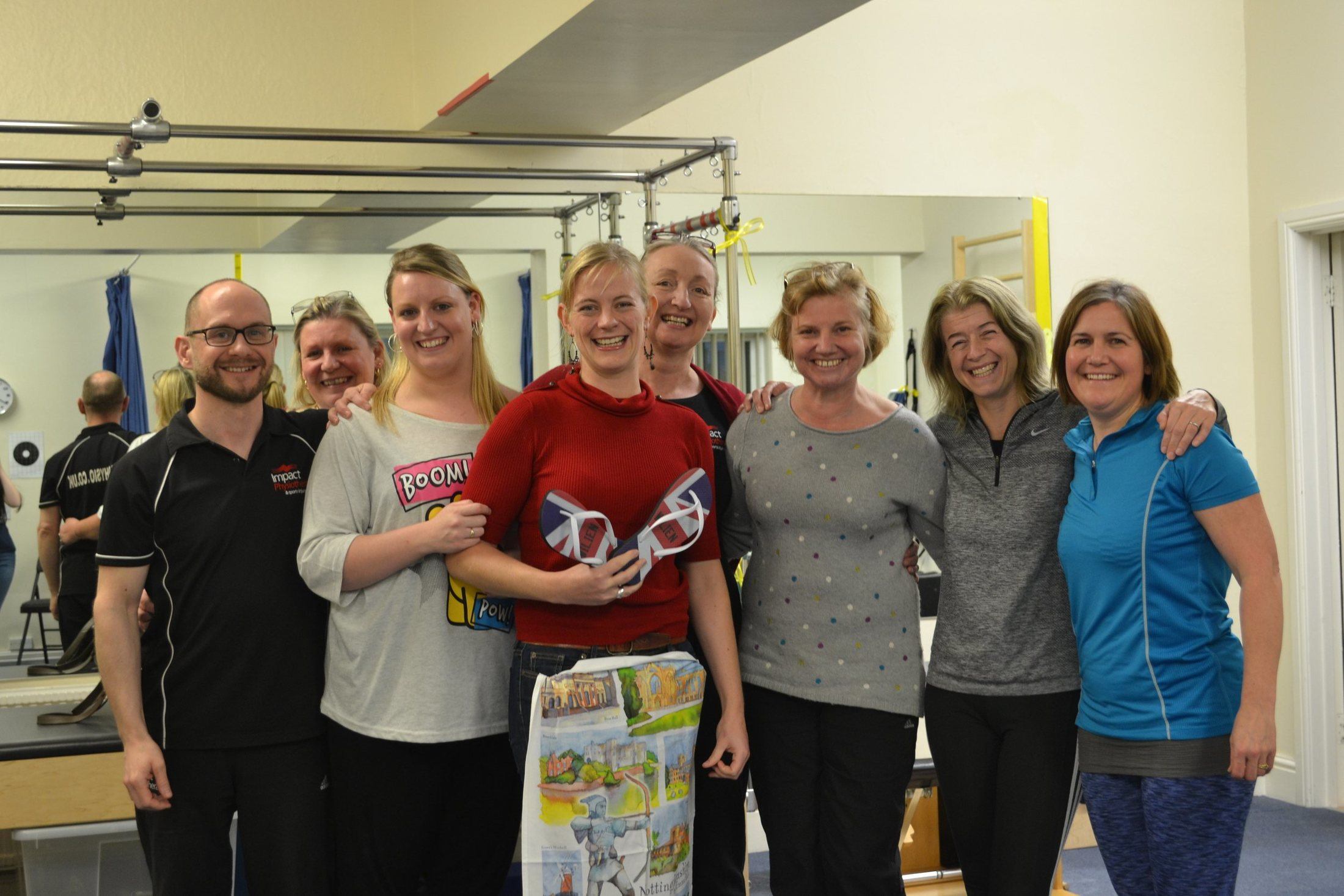 It is also with sadness that we say goodbye to Wilien who has been with us for the last few years – we always knew it wouldn’t be for ever, but Wilien has been a huge part of our team – setting up the Pilates matwork classes as well as bringing electro-acupuncture to the clinic.  A great team-surfer!! Wilien – have a fab trip back home – South Africa are re-gaining a top quality Physio!! We will miss you – but watch out – the next Impact-Tour might just be to African soils!! 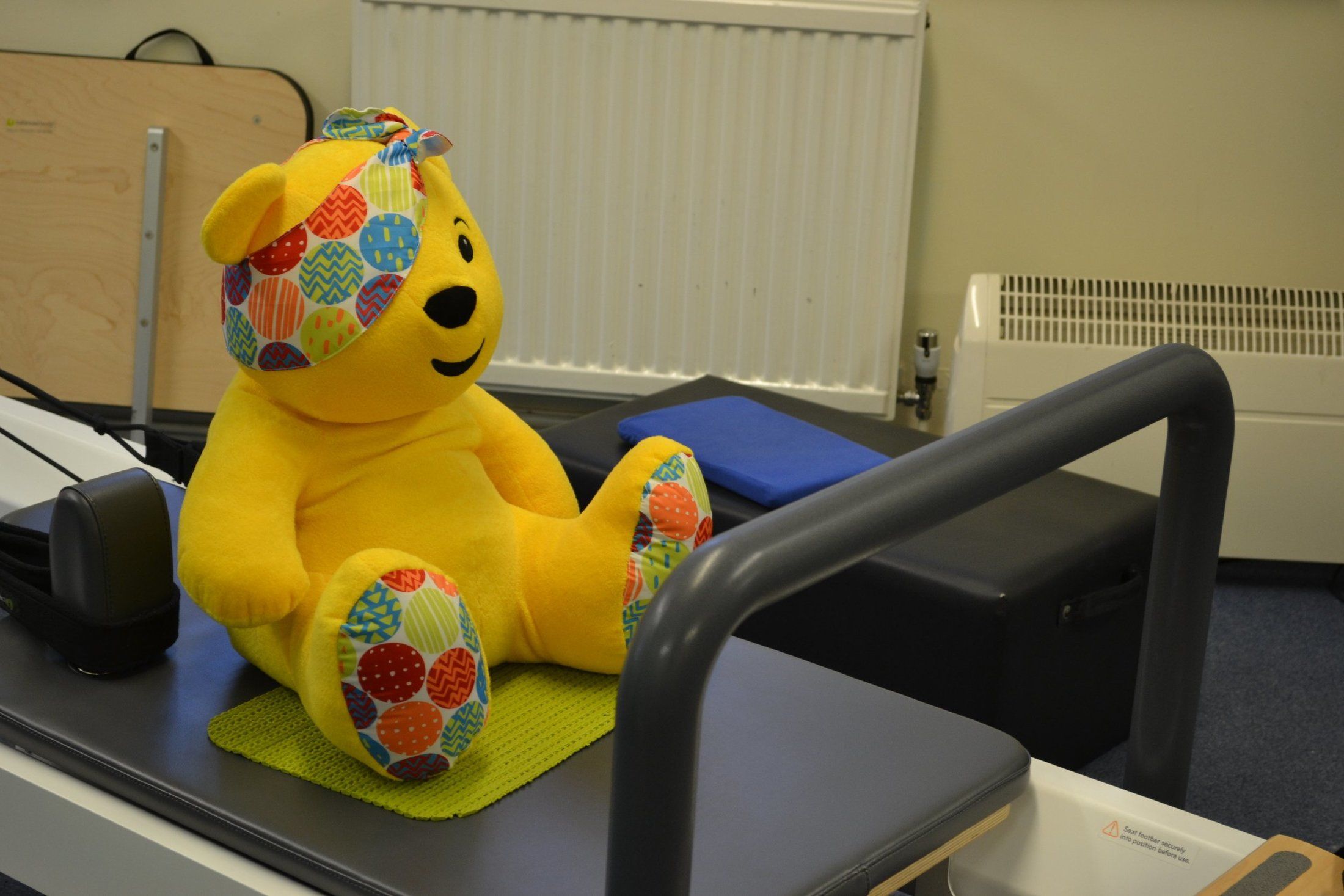 Wow! A huge thank-you to Louise, Sandie, Laura, all the physios, Pilates classes and clients who have joined us to “reformer” and “eat cakes” – raising an awesome £346 for children in need. 12 hours of Pilates from 07:00 – Chris took the first leg, then the baton has been handed from person to person all day – and the reformer has been moving until 19:00

!! Well done to everyone who has taken part and contributed to a fantastic cause. Thank-you+++ 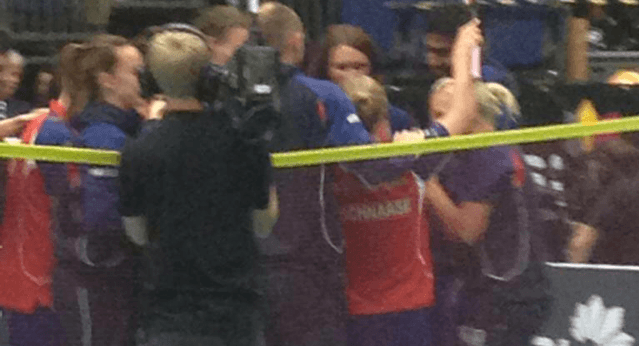 It was great to be the match day physio for the badminton team for the first ever NBL championships. Covering games at the fantastic new Derby Arena and then down to Surrey for the finals – a really exciting time.

A fantastic event – good luck to Team Derby for the future! 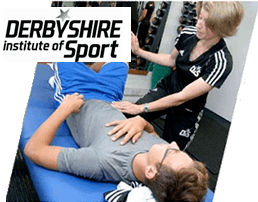 Rachel Royer has been providing physiotherapy to athletes on the DIS programme. The DIS is a support network which provides athletes with access to high quality strength and conditioning, sports science and sports medicine services within Derbyshire. 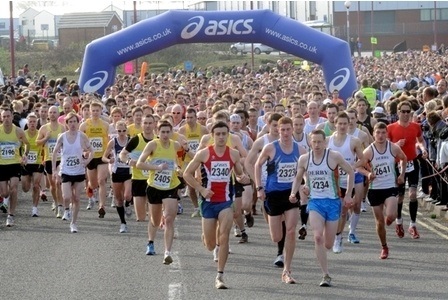 We were available at the Derby 10k race both before and after the race assessing and giving advice regarding typical running injuries. 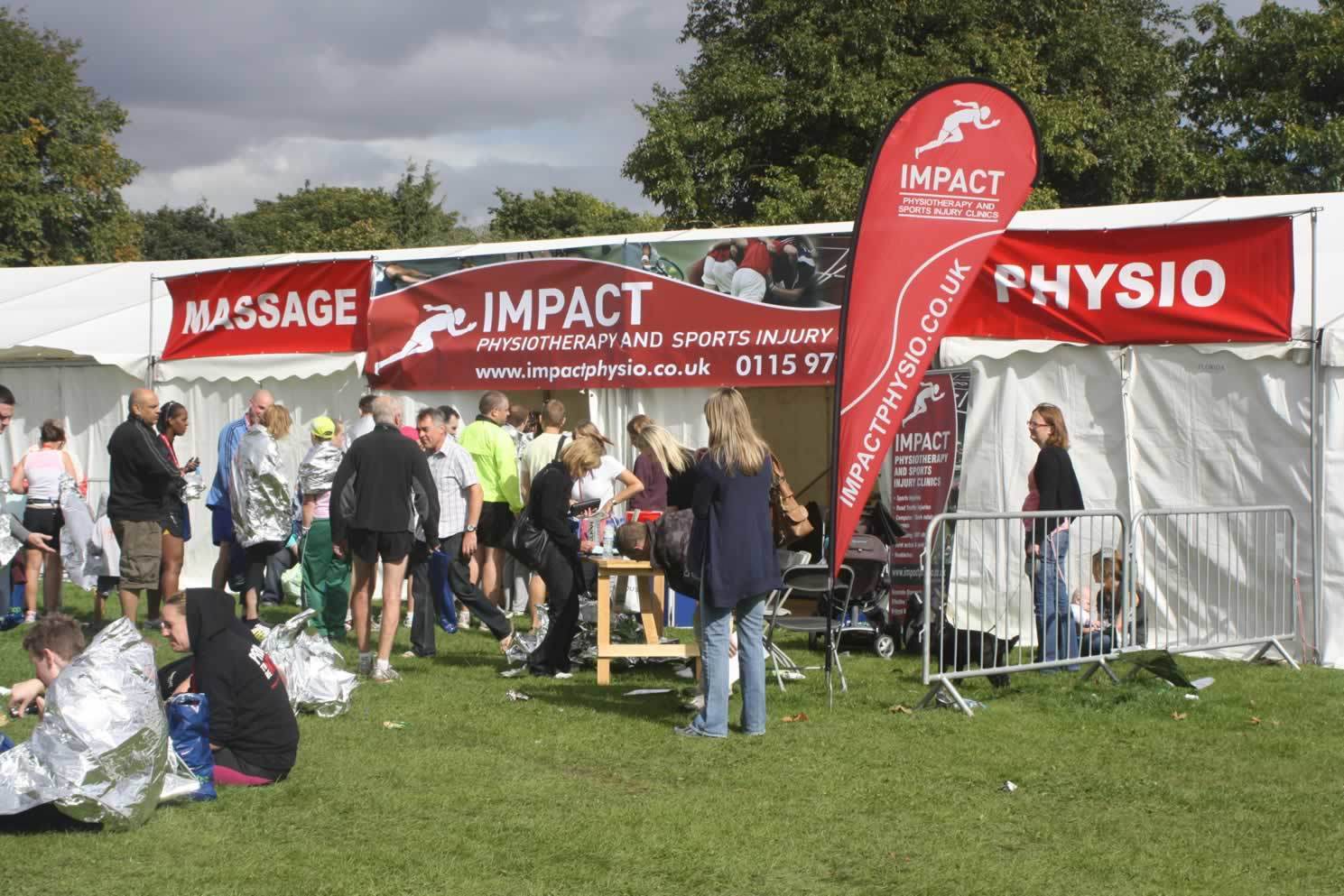 We’ve supported the Ikano Robin Hood half marathon for the previous five years providing much needed post race massages to some sore runners! 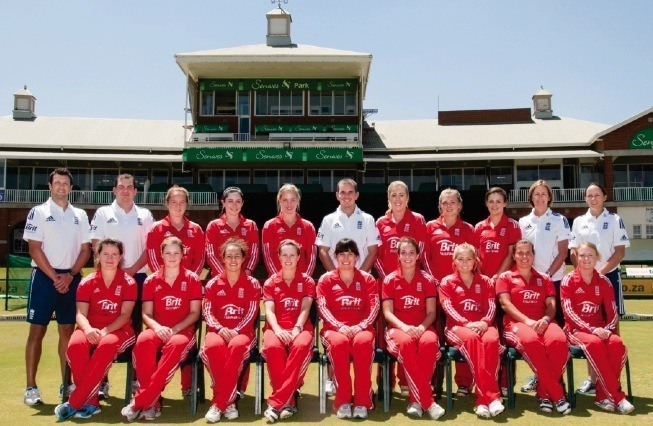 Having recently returned from a two week tour to South Africa with the England Womens U-19 squad, I have now readjusted to the rapidly dropping temperature of the English winter.

Two largely successful weeks were had with challenges both on and off the pitch. The first ever England U-19 tour proved a challenge for the players unlucky to lose the T20 series 2-1 against the emerging South Africa team but the players bounced back for a 3-0 win in the one day series with the final match going down to a last over nail-biter where we took the last wicket with South Africa needing 2 runs for victory.

Despite most of my friends and colleagues believing me to be off for a holiday in the sun, early starts and late nights were often the order of the day to ensure the girls were well prepared for either training and match days with endless pool recovery and stretching sessions interspersed with the joys of ice baths (which we decided as coaching staff to endure to show some solidarity).

The players many of which on their first major international tour coped well with the tough conditions of 30°C+ heat and change in environment training at altitude. Thankfully were no dietary concerns at least for the staff providing you liked steak (which was top drawer).

Days off were spent shopping or catching up on study for the players or treating the injuries for me which happen on a long tour although thankfully nothing too serious. There was a chance to spend a great morning coaching some of the local school children in the area at the Potchefstroom Central School cricket festival. The kids had a fantastic level of enthusiasm and enjoyment for the sport. The next generation of South African cricketers?

Despite us losing the opportunity to play the full South African team due to heavy rain (the first since April) the tour was a great experience for the players and staff alike, made easier by the fantastic facilities and our hosts at the Potchefstroom University.

Thanks for sharing your experience with us 🙌#ph

Love collaborating when the sun is out, coffee is

Sign up to our newsletter for Special offers and news.

During this pandemic we encourage you to continue to put your health & well being first.

Whatever your pain / problem please make contact to see if we can help you.

Things continue to change, for the latest information, please see our Coronavirus page.